Skip to content
being the best you can be 40 countries in my 40s, Lunch in a bomb shelter and much more in Bratislava March 2, 2019 4 Minutes

Bratislava, the capital of Slovakia is 4 hours by train from Prague and the journey takes you through the south of the Czech Republic before arriving at the first stop across the border in Slovakia. I had a 5 night stay in Bratislava which allowed me to take my time seeing the sights and to relax in the capital rather than rushing which is what I wanted. If you only have a long weekend, then it is certainly enough time to see Bratislava.

As the title of this post says, I had lunch in a disused bomb shelter of one of the days and it was clearly a great experience as it is something which has stuck with me and when I look back on Bratislava, I’m sure it will be the overriding memory. As I was heading towards Michael’s gate, I saw a sign that caught my eye advertising a different place to have a cup of tea. 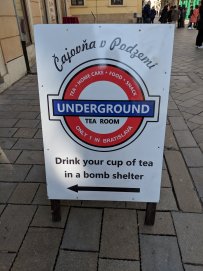 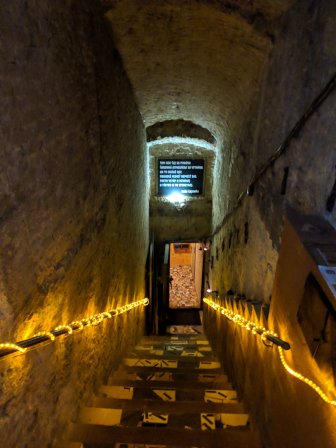 Inside was decorated with prayer flags and Indian and African rugs and drawings around the seating areas where you could either sit on chairs or take your shoes off and relax around the tables in the raised areas.

When I spoke to the owner after lunch, she told me that she had owned it for 3 years and although it had never been used as a bomb shelter, the military still had to perform checks on it to make sure it could still be used if needed in the future. If there was a threat of war in the future then she would have hours to vacate it so that the military could come and set it up again as a bomb shelter in the city. 45 people can fit in there and there would always be a room left for the doctor.

The interior is so relaxing and you soon forget where you are and this is definitely worth a visit if you enjoy this type of decor and relaxing places. The food and drinks are great too!

The blue church: (The church of St Elizabeth) is a Hungarian Secessionist Catholic church and is so beautiful inside and out. It is possible to see inside by attending one of the services but you will need to check the times as I went passed and found it closed on various occasions. The Art Nouveau exterior will capture your attention and you’ll certainly want to take photos of it at every angle and I did. On a Sunday, the church was packed out and you could hear the service from outside as it was transmitted to the neighbourhood around through speakers on the top of the church. 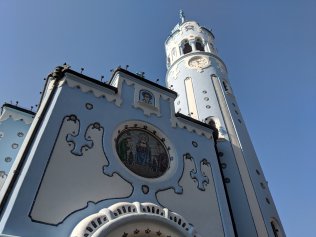 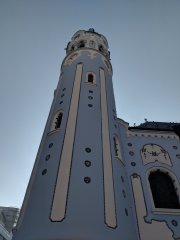 The Holocaust memorial: This stands in the centre of the Old Town with St Martin’s Cathedral as a back drop. It stands on the site of the former synagogue which was demolished in 1969 when the UFO bridge was built. The memorial was erected in 1996 to commemorate the 105,000 holocaust victims from Slovakia. The two aspects come into the memorial as there is a black wall with the silhouette of the destroyed synagogue and a culture topped wth the star of David on a black granite platform with the words ‘Zachor’ (‘Remember’ in Hebrew) and ‘Pamätaj’ (‘Remember’ in Slovak). 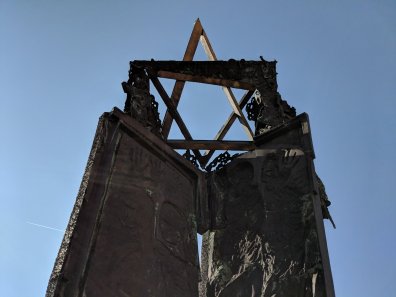 The Castle: Bratislava castle is the main castle and is a rectangular building with four corner towers stands on an isolated rocky hill of the Little Carpathians directly above the Danube river. From there, you can have fantastic views across the river and the city below. 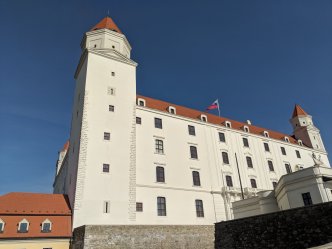 Statues: There are so many statues throughout Bratislava, some funny and others in commemoration of important Slovakians. Even in the modern shopping centre and the areas outside as well as in the Old Town, you have plenty of opportunities to take photos of the statues including the famous ‘Man at work’ one which will cause you to stop. 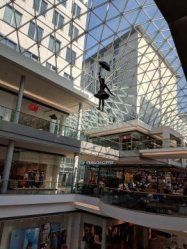 Other places of interest: I really enjoyed just walking through the streets admiring the buildings and taking it all in. Often, this can be one of the most enjoyable parts of visiting a new place. It’s free and you can learn a lot about the people, the city and find important buildings which often aren’t promoted for tourists. 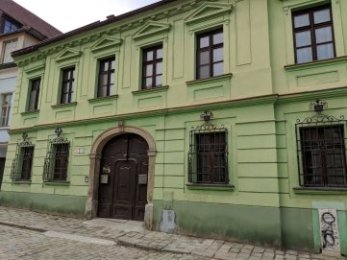 St Martin’s Cathedral: is the cathedral of the Roman Catholic Archdiocese of Bratislava and is situated in Old Town. It is known especially for being the coronation church of the Kingdom of Hungary between 1563 and 1830. The exterior of the cathedral seems to be made up of different structures attached or part of the cathedral itself. Inside is just as stunning and it is free to enter. There are notices outside telling you at what times you can visit as a tourist as understandably tourist visits are not acceptable or welcomed during times of service. 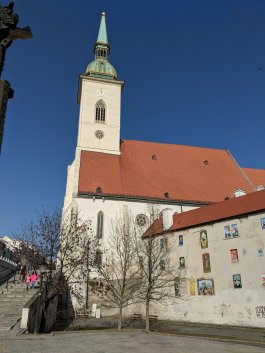 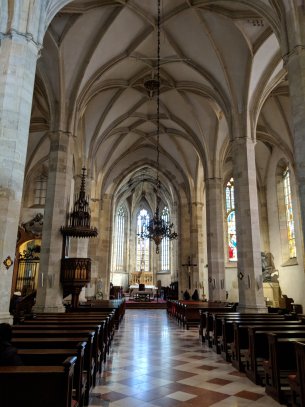 Old Town square and Michael’s Gate: Michael’s gate is the only city gate that has been preserved of the medieval fortifications and is amongst the oldest town buildings. The Old town is the historic centre and its main square is lined with historic buildings. 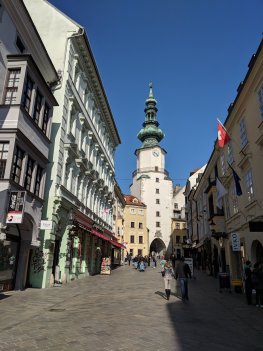 The Danube: runs alongside Bratislava and provides a wonderful place to sit and relax at sunset as well as walk along during the day. There are many bridges crossing the river including the UFO bridge. 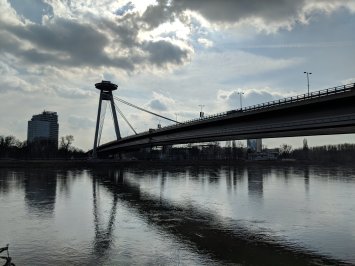 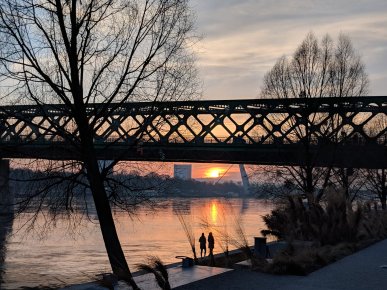 Published by being the best you can be

Bringing together all 4 blogs under the one name, here you will find travel posts, Alison's travel updates from her 40 countries in her 40s challenge, book reviews and authors' interviews which also reach out to all corners of the world and communities who don't have access to the internet as much as others may do. You'll also find features on ordinary people's lives in our sections 'Ordinary people living extraordinary lives' and more recently 'A Day in the life.... during lockdown'. Hope you enjoy! View all posts by being the best you can be